Every Friday, school children remind us that we adults may be overwhelmed by climate change. Psychology offers the following explanation: nature does not provide direct feedback on our actions. As a widespread and far-reaching threat, climate change, therefore, eludes our sphere of experience. Instead, we remain in ignorance. A classic dead end?

Nature, as showcased by Sir David Attenborough over the course of many decades, cannot be ignored. He depicts it in his documentaries as a fascinating, threatened, yet virtually resilient system. With his new Netflix series, Our Planet, unprecedented levels of technical perfection have been achieved – and the images are certainly captivating. An impressive clarity of image propels the genre to new heights. At the same time, eschewing shrill alarmism, Attenborough shows us what is at stake if humanity does not return to a sustainable approach to interacting with nature. Can these stories help us to overcome our ignorance and take action to protect the world with renewed resolve?

Our Planet – a gripping story as an alternative?

Many experts believe that stories such as Our Planet are important for our future. Leading them to this conclusion are findings from environmental psychology. For example, author George Marshall calls for a new narrative – a positive story that presents a positive image alongside the prevailing negative message – a description of a sustainable relationship between man and nature. Marshall sets out just such an image in his acclaimed book, Don’t Even Think About It – Why Our Brains Are Wired To Ignore Climate Change. 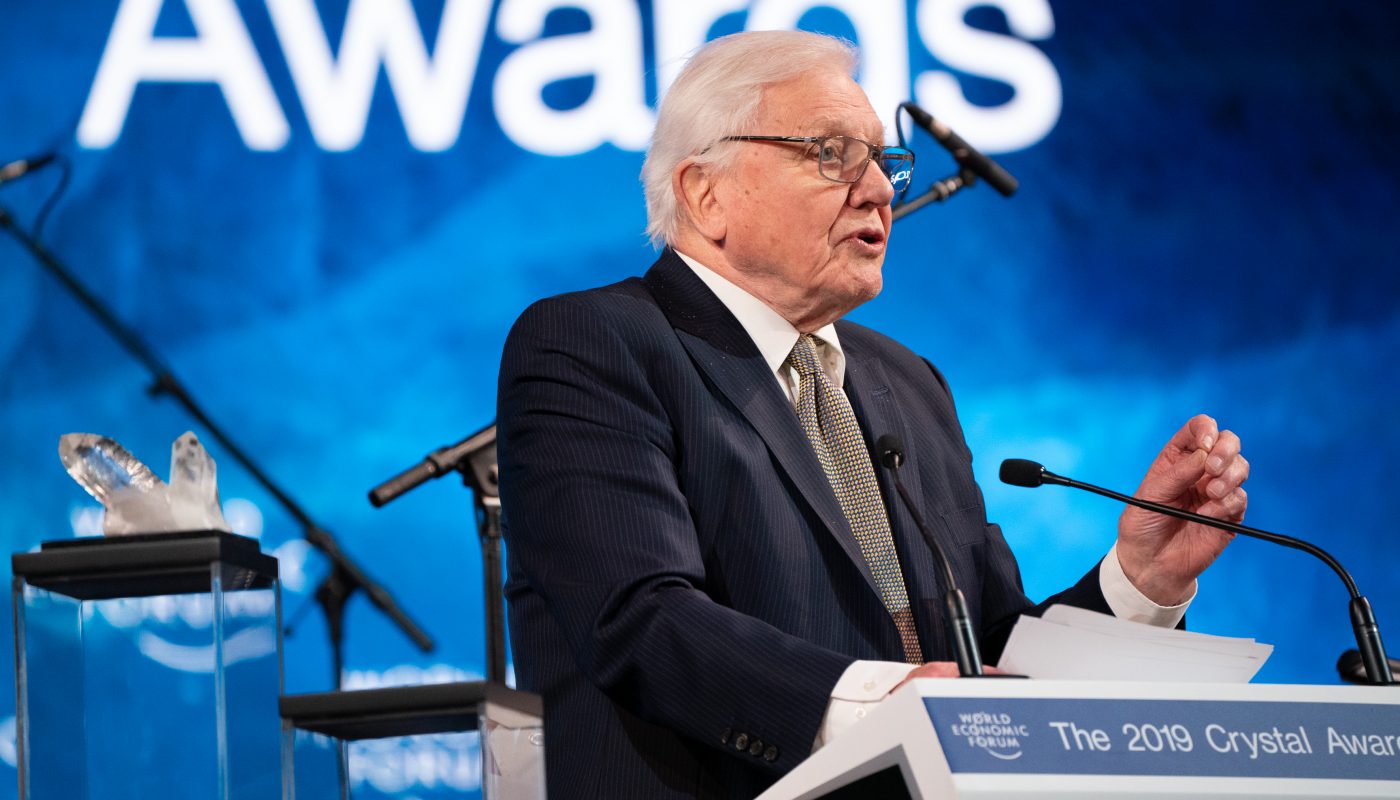 While Marshall explains the psychology behind this thinking, Attenborough tells stories that tug at our heartstrings. Over the course of eight chapters, we travel from the Antarctic to primeval forests, and from the high seas to the desert. We swim with him in frigid polar seas through colonies of penguins and pods of narwhals, go hunting with an Arabian leopard, see gorilla families grazing on the shores of the Congo, and discover a plethora of life in the apparent barrenness of the desert. As harsh and wild as the living conditions may be, nature has conquered habitats all over the world and masterfully adapted to the circumstances.

In their selection of topics and in other scientific questions, Attenborough and his film crew were offered special support from the World Wide Fund for Nature (WWF). This acclaimed NGO contributed its scientific expertise, with the result that the series was not simply a visualization of stunning natural beauty – nor a basic explanation of the scenarios threatening the planet. It is, in all its parts, a great story of and about the world.

At the World Economic Forum 2019 in Davos, Attenborough offered a look behind the scenes of the documentary and explained how much new technologies have changed the genre of nature films. “I started when there was only me, the cameraman, and a clockwork camera.” By contrast, several hundred cameramen were involved in the Our Planet series, he told the Duke of Cambridge.

But for the animal film veteran, the modern way of doing things has also resulted in changes elsewhere. As the series is being distributed through a leading Internet streaming service, Attenborough is now able to reach an audience of 150 million viewers in one fell swoop – a far cry from his first films, whose audiences were restricted to only a few million TV viewers in the south of England. Besides the technical perfection of the images and the question of distribution, he is also concerned with successful placement: more than half of the world’s population today lives away from nature, in cities – yet we know more than ever about nature. The fact that Our Planet offers both information and the emotional experience of nature is what makes the series so serendipitous: it serves as a bridge between man and nature.

Attenborough also came to Davos to receive the Crystal Award. He used his moment on the podium to make an urgent appeal. Mankind has inadvertently maneuvered itself into a situation in which the actions of people are suddenly having a huge impact on our natural livelihoods. Instead of surrendering to fate and melancholy, we should be aware of the options we humans have in facing this situation. “What we do in the next few years will profoundly affect the next few thousand years.”

We used to believe that the natural world was there to be conquered, said Attenborough at the WEF. Many people therefore mistakenly concluded that humans and nature were poised in opposition to one another. “It is not,” says the 92-year-old decisively. “We are all one world.” The fact that events such as the WEF, with all its powerful guests, provides a forum for this question, leaves him filled with optimism.