Good reasons to use foundations and trusts

An introduction by board member Philip Marcovici.

A wealth owner considers a substantial gift to their daughter, who is in her 20’s. Should this be a direct gift or a transfer to a trust or foundation for the daughter’s benefit? If the daughter receives a gift of $10 million, on the death of the wealth owner or before, what happens if her new husband comes up with a hare-brained business idea and tries to convince his wife to fund his business? What if there is a divorce? What if the daughter, on becoming a plastic surgeon, makes a mistake in the first surgery she performs? All or part of the money will be gone. What if the daughter moves to Canada, or China or the US or to one of many other countries? She will be taxed on a worldwide basis on the income generated by investing the $10 million and if she dies and passes assets to her children, there may be tax at that time – in Canada on the basis of a deemed disposition of assets; in the US, under the estate tax rules of that country. And in the case of a country like China, ownership of the assets would also subject the daughter to exchange control and other rules.

If the daughter, instead, is a discretionary beneficiary of a trust or foundation established by her parent, the position may be transformed. If her husband has a good business idea, he cannot pressure his wife into supporting it – he needs to convince a professional trustee or foundation board that will be more able to say no – if saying no is the right decision. Lawsuits against the daughter, for professional negligence, divorce or otherwise, will be difficult to enforce against assets in the trust or foundation if it was well structured and maintained. 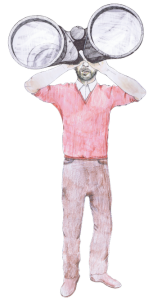 And in the tax area, Canada, the US and many other potential countries of residence are good examples of fully disclosed use of trusts and foundations that can permit significant tax savings. In both Canada and the US, appropriately structured trusts and foundations can permit beneficiaries to avoid taxation on both the earnings on assets held in the discretionary structure and on fully disclosed distributions. And assets that stay in trust or in the foundation can be held for further generations without exposure to taxes that arise on death and through gifts.

This example shows: The legal aspects relating to how to use foundations and trusts to serve a family’s needs are often complicated. However their use might help in solving problems that wealthy families often have to face in today’s world.

Solutions for a World Subject to Change

Tax transparency and an increasingly complex world are making trusts and foundations more important for families to consider as part of their asset protection and succession planning. Many traditional providers of trust and foundation services are troubled by increased complexity and the need (which has always existed) for tax compliance. A number of bank-owned trust companies have been sold or scaled down; law firms and others operating smaller fiduciary services companies have been selling their businesses; and for many trust and foundation providers, there is serious concern about the future. 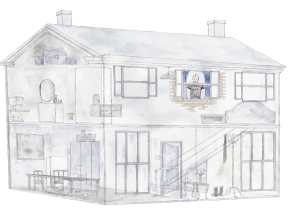 Wealth owning families are also confused about trusts and foundations and their use in succession and asset protection planning. Trusts have had a long history, as have their civil law sibling, the foundation. While trusts and foundations have many differences, they also have many similarities, and broadly are interchangeable vehicles that can be used by families to achieve a number of important objectives. Both are very flexible, and this flexibility contributed to misuses of trusts and foundations, particularly in and around tax evasion and badly executed attempts at what was wrongly perceived as legal tax avoidance.

What Can Trusts and Foundations Achieve That Others Cannot?

Both trusts and foundations offer the ability to families to set out how they would like assets to be held and distributed in the long-term. Structures can allow oversight over family assets, with appropriate “checks and balances” over trustees or foundation board members who take on the responsibility to look after things in a way that meets the needs of the family involved. If a wealth owner has young children, and the wealth owner dies or becomes disabled, how can the wealth owner ensure that his children will be properly looked after financially and the assets properly administered? If the children reach the age of 18, is it appropriate that they come into meaningful amounts of wealth? Is it important for someone to consider the intentions of the deceased or disabled wealth owner regarding how the assets should be administered and distributed?

Insurance structures, partnerships, corporate vehicles and other structures are all important elements of good wealth and succession planning. But it is not straight forward for these structures to provide the potential for long-term succession and asset protection planning that trusts and foundations can provide.

How Do Trusts and Foundations Work?

The settlor of a trust or the founder of a foundation is able to choose, when establishing the structure, whether to retain a right to “revoke” or cancel the structure. Being irrevocable does not mean that the founder or settlor cannot be a potential beneficiary, but it does mean that a clear right to cancel the structure and get the assets back does not exist. While it may be tempting to think that it is always better to have a structure be revocable, this is not necessarily the case. If I am a founder or settlor, and am concerned about future lawsuits I may face, will the assets held in a trust or foundation be safer against claimants if I have a legal right to get the assets back as opposed to an irrevocable structure where I do not?

Good governance in trusts and foundations requires careful attention to oversight of the trustee or foundation board, and this is often achieved through the inclusion of a protector or guardian. A good trustee or foundation provider will provide wealth owning families with clarity on the choices families have and help guide them through the many “what-ifs” that families should be asking themselves on an ongoing basis.

But What about Tax and Reporting?

The good news for wealth owners is that in many countries, trusts and foundations are becoming increasingly understood, with the development of tax and reporting rules that clarify the tax treatment of trusts and when and how interests in trusts need to be reported. This is a good thing, as tax planning, which can still be achieved in legal and accepted ways using trusts and foundations, is only one of many needs of wealth owning families. 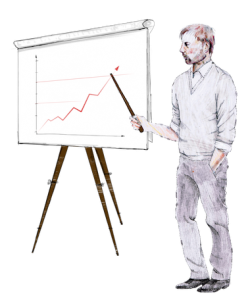 Political risk; the destruction of wealth that divorce claims give rise to; asset protection from creditor and other claims; succession and protection of the younger generation; ensuring that assets are properly identified and administered; dealing with complex family relationships; holding special assets such as collectibles and businesses and much, much more can be addressed using well thought out trusts and foundations.

Philip Marcovici (1956) Close to 30 years with international law firm Baker & McKenzie, and one of the founders of the firm’s global Wealth Management and Asian tax practices. Now retired from legal practice, he continues to be an internationally recognized expert in tax compliance and international tax policy, he advises families, companies and governments, and is a frequent lecturer internationally.