The Wealth Report 2016, the latest of Knight Frank’s annual studies, looks at five of the stand-out sales made at luxury auctions over the last year. All of the items are exceptional collectors’ pieces, their uniqueness giving them not only a high monetary value, but also an aura of exclusivity. And they all teach us a lot about the passions involved in collecting.

Knight Frank sees good growth for the exclusive collector community. Especially in emerging economies such as Brazil and China, it says, wealthy people have been showing an increasing interest in art, for example. This made 2015 an interesting year in the auction room.

In first place: a painting by the modern master

The number one spot is taken by a painting by Pablo Picasso. “Women of Algiers” went under the hammer in May 2015 for USD 179.3 million. In the run-up to the auction there had been press speculation that the price could top USD 140 million.

An article in British newspaper The Guardian suggested that the appeal of pictures like “Woman of Algiers” for the art market is twofold. Firstly there is currently a trend for wealthy new and established collectors to seek out the very best works. Secondly, such works now also have value as investments.

Picasso seems to be one of the artists whose works count as blue chips in the market. In The Guardian’s article a professor of design history and curatorial studies at the New School says that Impressionist and modern artworks “are beautiful, accessible and have proven value.” 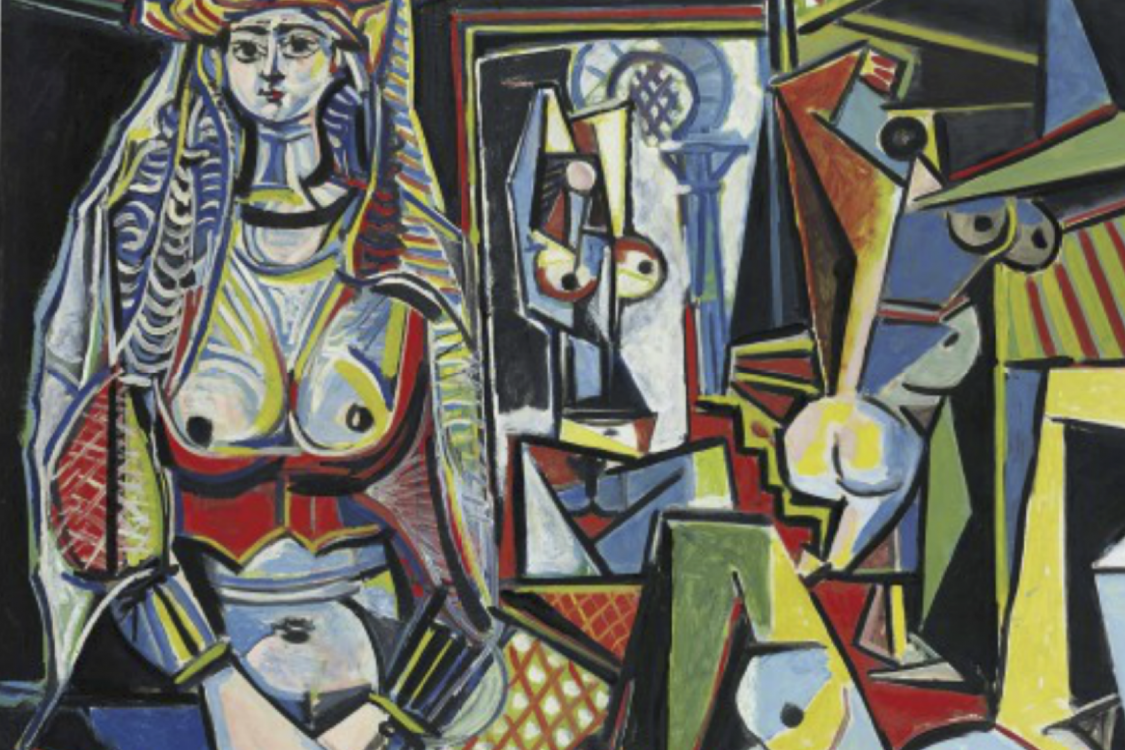 In second place: not yet 30 and already a classic

A chair made of aluminum sheeting might not sound comfortable but certainly sounds different. This unusual material (for furniture) is used to make the shell of the Lockheed Lounge Chair, created by Australian designer Marc Newson in the 1990s. Newson is also well known for his work for G-Star, Apple and Qantas.

By the year 2000, Sotheby’s was already selling a single Lockheed Lounge for USD 105,000. A new record was set last year when Phillips sold one at auction for USD 3.7 million. The Sotheby’s Institute explains the rapid price increase by citing four factors. The Lounge Chair is very rare. According to the Sotheby’s Institute there are only 15 in the world, including prototypes. In addition, it is very highly rated as a piece of design by some authoritative bodies. It has been celebrated as a masterpiece in exhibitions at, among others the Vitra Design Museum and the Carnegie Art Museum.

A third factor relates to the design itself. The curvy aluminium form, a homage to aircraft design, and the three-legged structure were hailed by critics as ground-breaking. On top of this the chair made an impact on popular culture thanks to its appearance in one of Madonna’s pop videos. 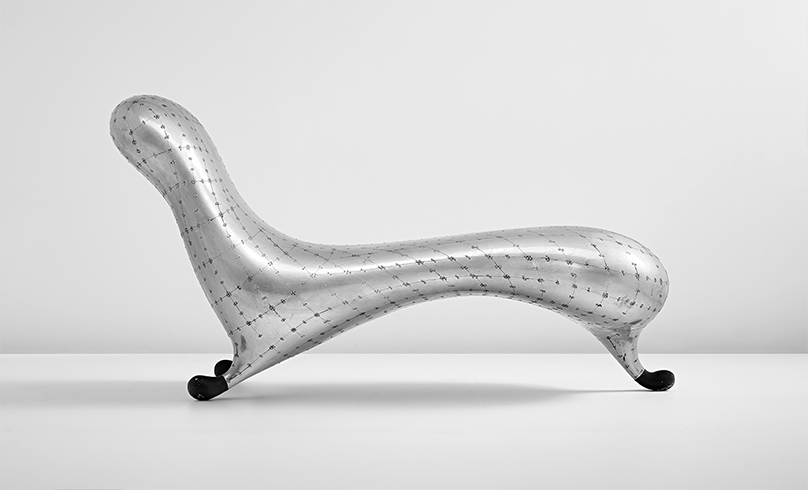 Third place in Knight Frank’s ranking is taken by a 1953 Jaguar C-Type Works Lightweight, which was sold by RM Sotheby’s for USD 13.2 million. One of the most important cars Jaguar ever built, it combines many of the factors that turn a classic into an exceptional collector’s piece. It is very rare, it won races in its heyday, it played a key role in the subsequent evolution of the Jaguar brand and history, and the work done on it down the years by mechanics and restorers has been well documented.

The C-type was the racing version of the first post-war Jaguar sports car, the legendary XK120. When Walker/Whitehead drove it to victory in the 24 Hours of Le Mans in 1951, it opened the floodgates to many subsequent triumphs in the major races. In 1953 the model underwent further refinement to produce the C-Type Lightweight. One of these, chassis number XKC 052, was sold by Sotheby’s in Monterey in 2015.

Much work went into optimizing the weight of the Lightweight, allowing it to win first and second place in the 24 Hours of Lemans in 1953. XKC 052, driven by Ian Stewart and Peter Whitehead, came fourth. At the end of 1953 this car was sold to the legendary Scottish team Ecurie Ecosse, and it went on to enjoy further victories at Goodwood, Ibsley and Oulton Park. By 1959, XKC 052 had passed though the hands of several private racing drivers.

In 1971 its status as a collectible was confirmed when it entered Martin Morris’s collection. In 1986, it underwent a 2-year restoration. Martin Morris’s son sold the car in the USA in 2000. The buyer, helped by the brand experts at Pearsons Engineering (UK), brought the car back up to its Le Mans condition. Until being offered for sale in Monterey in 2015, XKC 052 was kept for 15 years by the same expert collector, who entered it in a few classic car events such as the California Mille and the Quail Rally.

Fourth place is taken by a watch from the 1930s: a Patek Philippe Doctor’s Chronograph. Its sale at an auction in Geneva for almost USD 5 million makes it the world’s most expensive stainless steel watch. Even though it is not made of a precious metal, it has over the years become a luxury classic.

Watch expert Davide Parmegiani remembers how he was first struck by this collectors’ piece in the early 1990s: “It was made in the 1930s, but it has a very modern, elegant and unique design for its time. The combination of steel case, sector dial and mono-pusher movement makes it a dream for any watch connoisseur.”

According to Parmegiani, the watch was sold at Sotheby’s for about USD 250,000 in the 1990s, and then fetched CHF 1.2 million at Christie’s in 2006. “It underlines how the market has developed over the last 25 years”. Parmegiani also believes that the latest record result for this watch shows that “collectors are becoming increasingly interested in very rare Patek Philippe watches.”

Pure luxury or dazzling investment? Last year a diamond known as the “Blue Moon of Josephine” made headlines when it sold for USD 48.4 million. Rare colored diamonds, known as fancy diamonds, have become increasingly popular in recent years, but the one auctioned by Sotheby’s really stood out with its unusually bright blue coloration.

“Blue diamonds are among the rarest of all fancy colored diamonds,” says Eloise Gaillou of the Natural History Museum in Los Angeles, which explains the hard-fought battle among bidders in Geneva. Hong Kong entrepreneur Joseph Lau finally won the prize. Among other records the Blue Moon of Josephine achieved the highest ever price per carat.

The blue gem, which was found in the Cullinan Mine in South Africa in 2014, has a weight of 29.62 carats. Experts described its quality as flawless. Even before it was cut it caused a sensation. It was sent to New York, after diamond cutter Cora International paid USD 25.6 million for the uncut stone. “Jewellers might only get one chance in a lifetime to hold such a unique diamond in their hands,” said Ehud Laniado, Chairman of Cora International. He called it “a true gift of nature”.

Diamonds are regarded as an ideal investment, especially for wealth protection. Experience shows that their value grows “slowly but steadily,” according to Jörg Lindemann of the German Gemstone and Diamond Association, quoted in Wirtschaftswoche. They are also a lot smaller and lighter than real estate or artworks. Diamond prices do depend on the underlying economic situation; but market expert Rapaport says that prices for cut diamonds have been going up again since November 2015.

Tilmann Schaal Tilmann Schaal has worked in digital communications for more than 15 years and has been in charge of Perspectives until May 2019 as well as The Classic Car Trust’s news blog from 2012 to 2018.
you may also like
August 5, 2016

Paul Newman Daytona has been auctioned