No question, like movies and design, rock music is one of the defining cultures of our era. Nothing quite like it ever existed before….and nor do the great rock figures of the last century appear to have any really legitimate successors in our own age. Kanye and Lady Gaga may have their enthusiastic fans, but compared to Dylan, Lennon and… David Bowie, their work seems thin stuff.  Will Kanye and Lady Gaga survive the tides of taste? Maybe, but then, again, maybe not. The dead or middle-aged white men are, however, different.

But there is a strange diffidence about the great rock stars. Dylan has always, in his rabinically allusive way, disdained fame and influence. Lennon said The Beatles were just a good provincial band who got lucky and grew very, very big. As if by accident. Elvis had nothing to say about culture, maybe intuiting, in his simple Memphis soul, that his work spoke for him. Which, of course, it did.  Dylan, Lennon and Elvis were not much concerned with their legacy.

Beyond being a successful rock star

David Bowie was different.  He felt the pulse of the late twentieth century and wanted to get into bed with its moribund body.  His self-image went beyond being an efficient and successful pop star: he wanted the legitimacy of an auteur. References to art are continuous in Bowie’s work : there’s a couplet in the song “Andy Warhol” from his 1971 album Hunky Dory that reads “I’d like to be a gallery/Put you all inside my show”.

Meeting Andy Warhol at The Factory that year may have been a turning-point: Like Warhol, Bowie turned himself into an adroitly branded business that blurred old and irrelevant distinctions between “commerce” and “culture”.  He really was a one-man gallery.

"Bowie's diverse tastes nurtured his extensive archive of important works from celebrated, and less widely-known, artists in a collection of unparalleled eclecticism."

And to emphasize the connection he wanted to make with culture, between his busy costume changes, Bowie collected museum-quality art. Perhaps thinking of Elvis’ pink Cadillac or Lennon’s psychedelic Rolls-Royce, “Art was the only thing I ever wanted to own” he once said. Dylan did no such thing.  And nor did John Lennon. Elvis left only great recordings and a dismaying collection of nauseating kitsch in Graceland. The Bowie Collection which Sotheby’s will auction in three sales this November offers a vivid insight into a unique creative personality.

It also tells us a lot about fashionable concepts of “art”. Sotheby’s pays Bowie a big compliment when it says he was “one of the most recognized and revered artists in the world”. Certainly, this sale guarantees Bowie will remain famous for more than Warhol’s fifteen minutes. In 1990 he sold a painting for $500. This year, his collection will sell for many, many millions.

Art is one thing and the art-world is another. Although his love of art was genuine, Bowie’s context is the coruscating “art world” rather than the more private and anguished struggles of art itself. Historically, the art-world emerged when painting and sculpture no longer had any religious or social purpose. Dealers – Colnaghi, Vollard, Duveen – entered the market.

Indeed, they created markets. Isms were invented and dutifully recorded and validated by the new art historians. And as design and pop culture increasingly usurped the traditional roles of painting and sculpture in providing collectively understood images of yearning and desire, so the art-world became ever more insular and self-referential, even as it sought publicity. 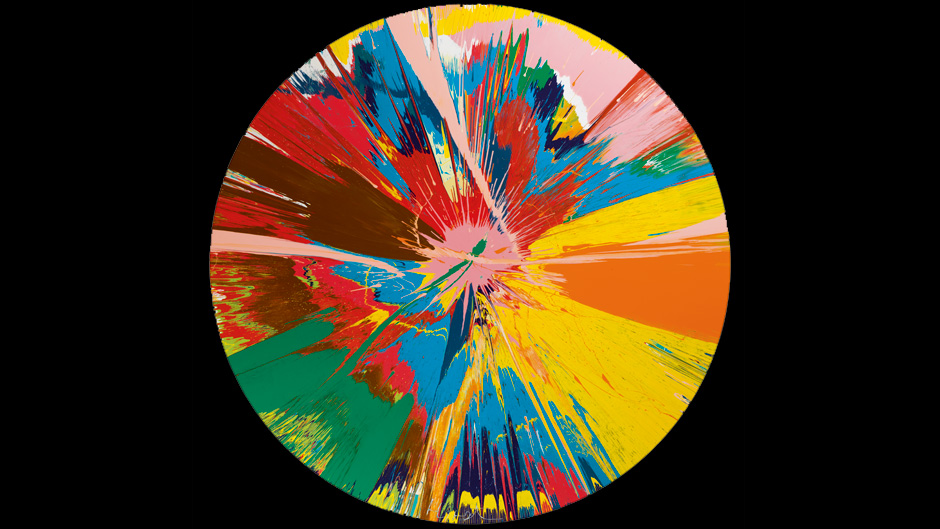 What influenced David Bowie’s taste? Like John Lennon and Pete Townsend of The Who, he was brought-up in a not specially attractive suburb. It is often said that suburbs are suffocatingly dull, but they also seem to inspire genius. Like Lennon and Townsend, Bowie went to art school, becoming a beneficiary of Britain’s unique and idiosyncratic art education system which successfully encouraged talented suburban youth to transcend its origins.

But Bowie never forgot the suburbs: his collection includes paintings by Frank Auerbach, Leon Kossoff, Harold Gilman and David Bomberg. Solid, painterly paintings redolent of wet afternoons in the studio and the brown depressed London of the post-War years. He also collected Graham Sutherland, a painter whose unexciting gentility led to him being described as having the appearance of a dentist. Naturally, Damien Hirst interested Bowie. So too did Henry Moore. And in this group of artists is possible to see something touchingly and curiously English about his collecting.

But New York had become Bowie’s home patch and he was in Manhattan in the years when Jean-Michel Basquiat was making his splashy reputation. Here is the veteran critic Hilton Kramer on Basquiat: “a talentless hustler, street-smart but otherwise invincibly ignorant, who used his youth, his looks, his skin colour and his abundant sex appeal to win an overnight fame that proved to be his undoing”. Quite so.

Bowie, of course, collected Basquiat. For his part, Basquiat wanted to be a rock musician, so there was a nice symmetry in their relationship, but as if to demonstrate that he was not entirely suckered by the vanities of the art-world, in 1998 Bowie took part in a famous scam. At a party in Jeff Koons’ New York apartment, the novelist Will Boyd and Bowie launched the career of “Nat Tate”, an entirely fictitious artistic persona with a wholly imagined – and entirely lost – oeuvre.

Bowie also collected Outsider Art and, before it became fashionable, contemporary African. But Italian designers interested him too. Ettore Sottsass was the great magus of Milanese design who, in 1982, created “Memphis”. This was a collective of designers intent on the disruption of complacency and abolition of lazy nostrums of good taste.  Significantly, Sottsass once said he too was “quoting from suburbia”, getting inspiration from the humdrum.  But in The Bowie Collection you also find a classic of mainstream Italian modernismo: Achille Castigloni’s 1966 record-player for Brion-Vega.

I like to imagine Bowie playing Little Richard’s “Tutti Frutti” on the stately and formal Brion-Vega machine with Andy Warhol and Jeff Koons for company. When in 1955 he first heard this prototype pop masterpiece, Bowie said “I heard God”.  This maybe betrays a limited conception of divinity, but it also betrays the seriousness beneath the glitter.

Of course, the man born David Jones had an unsteady relationship with his own identity. After all, he had to swap Jones for Bowie. Later, he said “I prefer dressing-up as Ziggy to being David”. But the art he collected helped him express himself. He said of a Frank Auerbach painting : “I want to sound like that looks”. He prepared for the day ahead by communing with works of art in his collection because “they give spiritual weight my angst”.

His collection: worth more than just fifteen minutes of fame

In 1995 Bowie interviewed Damien Hirst for the magazine Modern Painters and found that “his fear of death is very strong”. Indeed, Hirst once said that his name was an anagram of “Is Mr Death In?”  With maximum stagecraft and acrefully timed releases of themed albums, Bowie’s own death surprised the world. And so too did the existence of his extraordinary Collection. Perhaps Bowie found that collecting art removed some of his own fear of mortality.  Ars longa, vita brevis? Indeed. Kossoff, Auerbach, Bomberg, Sutherland, Hirst, Basquiat, Sottsass and Castiglioni are all in Bowie’s gallery. As he sang forty-five years ago: “Put you all inside my show”. They will give him far more than fifteen minutes worth of fame.

Stephen Bayley Stephen Bayley is a British design critics, cultural critic, journalist and author. Amongst others, he writes for Vanity Fair, Financial Times, The Telegraph and Süddeutsche Zeitung. http://www.stephenbayley.com/
you may also like
June 2, 2016